When one thinks of the harp, the stereotypical image might be of a stuffy concert hall with uncomfortable seats or an Old Masters painting of an apple-cheeked cherub.

The stage at Phoenix’s niche sci-fi/fantasy convention LepreCon introduced a crowd of nerds and geeks to a different kind of harp artistry: The Harp Twins, Camille and Kennerly Kitt. It seemed intriguing to have harpers perform at a geek convention, but I wasn’t sure what to expect. But I knew something was up when they busted out the “Game of Thrones” theme as their opening number.

Second things second. These chicks can rock it. The playlist was varied and dynamic, including Ozzy Osbourne, Metallica, Eurythmics, and fan favorites like the “Walking Dead” theme (the ladies seem to have a little crush on Daryl Dixon), “Eye of the Tiger” and “House of the Rising Sun.” In spite of a speaker system that couldn’t quite handle the high end, they produced a rich, warm sound that wrapped around the audience.

The twins bantered back and forth in between numbers, cracking jokes and telling stories to the audience. Between their skill as musicians and their charm as presenters, it was well worth the convention badge fee. The one complaint I would have is that some (few) audience members took their friendly style as an excuse to add their own not-very-witty quips. The ladies reacted with class and ease, continuing for over an hour and even doing an encore.

A quick point to make, as if this isn’t enough of a valentine to these talented women: they both have conservatory degrees in classical harp, and they do all their own arrangements. The twins mentioned a professor that didn’t approve of their choice to go into contemporary music. They dedicated a song to her — AC/DC’s “Highway to Hell.”

The Harp Twins are very active on social media and moderate all their own accounts; they respond to all their fans. Check them out and support their music. 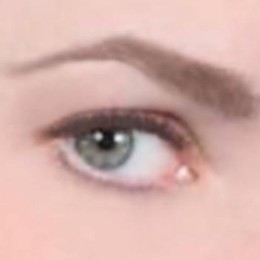 1 thought on “The Harp Twins at LepreCon 41”