POMONA, CA –  Continuing to strive in providing a unique, gratifying convention experience for its attendees, Anime Impulse is thrilled to host a once-in-a-lifetime opportunity that all cosplayers are welcome to join!

In January, the LA-based convention is gearing up to set the new Guiness World Record for Largest
Gathering of Pokémon Cosplayers. While undergoing such a task will be a formidable feat to take on–as the Record currently sits at 200+ cosplayers–Anime Impulse looks forward to the challenge, especially with the help and support of the fan community.

There is no series that stands to be as iconic and influential as Pokémon . A staple to video games, anime, pop
culture, and–most especially–cosplay, Pokémon has unified fans worldwide and across generations. The series has strengthened family bonds, caused friendships and relationships to blossom, and inspired artists of every creative medium. Through this exciting event, Anime Impulse wishes to honor the wholesome love and reverence that fans have for the series with the opportunity to make Pokémon history on January 13th, when the Guiness World Record attempt is scheduled to take place.

From the cutest kigurumi to the most captivating gijinka , Team Rocket all the way to Team Skull, Misty and Brock to Hau and Lillie, Anime Impulse wants Pokémon fans from all around to participate in their cosplay of choice! 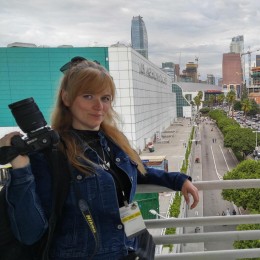